Established in 1963, the British Malaysian Chamber of Commerce (BMCC) has been driven by the sole ordinance of advancing bilateral trade relations between the United Kingdom and Malaysia. Over the past five decades, the BMCC has been a catalyst in providing Malaysian-based businesses with networking and exposure, knowledge exchange and bilateral trading support services. Today, the BMCC has firmly rooted itself as one of Southeast Asia’s most prolific Chambers.

Event DetailsSpeakersAgendaBrought to you by

The British Malaysian Chamber of Commerce in association with the Department for International Trade, UK is delighted to organise an exclusive forum on Malaysia – A Resilient and Preferred destination for British exports and Investment.

Malaysia, the UK's second largest trading partner in ASEAN remains a highly attractive destination for British companies wishing to expand their business overseas. Despite the global economic downturn, bilateral ties between the UK and Malaysia remain strong and opportunities for international players continue to emerge. Malaysia is also increasingly seen by MNCs as a location for manufacturing and services operations, in response to Covid-19 and global trade policy conditions.

Join us for this exclusive forum on opportunities on doing businesses in Malaysia with our special guest speaker: Richard Graham, UK MP and the Prime Minister's Trade Envoy to Malaysia.

Discussion topics to include:

Participants are encouraged to forward questions to karendass@bmcc.org.my, prior to the forum. 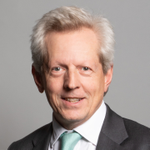 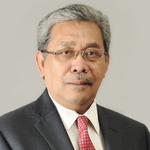 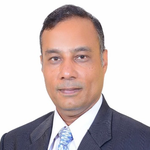 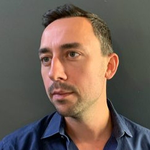 Richard has served Prime Ministers David Cameron, Theresa May and Boris Johnson since November 2011 as their Trade Envoy to Indonesia, Malaysia, the Philippines and the ASEAN EC. He was also Parliamentary Secretary (PPS) to Ministers in the Foreign and Commonwealth office when William Hague was Foreign Secretary.

Richard has been Chairman of the Westminster Foundation for Democracy, a non-departmental government body funded by the Foreign and Commonwealth Office (FCO) and the Department for International Development (DFID) since 2018. The WFD focuses on helping to strengthen democracy in over 20 countries.

He was previously an airline manager, a diplomat including British Trade Commissioner in China and an asset manager.

Arham Abdul Rahman obtained a bachelor’s degree in Economics from the National University of Malaysia (UKM). He joined the Malaysian Investment Development Authority (MIDA) as an Economic Affairs Officer in 1989 where he worked primarily in the Foreign Investment Division, which is MIDA’s frontline division for attracting and facilitating foreign investments into the country.

From September 1994, Arham served as the Deputy Director of MIDA Cologne, Germany for 6 years, promoting Malaysia as an investment destination to companies in Germany, The Netherlands, Belgium, Austria and other Eastern European countries. Beginning year 2009, he served as the Director of MIDA New York for 4 years, promoting Malaysia to investors in East Coast of USA where he was then promoted as Director of Foreign Investment Division upon returning from New York in 2013.

Beginning May 2015, assumed the position as the Executive Director of Investment Promotion and led 3 divisions of MIDA, namely Foreign Investment, Domestic Investment and Corporate Communications. In addition, supervised the coordination of MIDA’s 12 state offices and 20 overseas offices.

Randeep has over 29 years of experience, with more than 14 years in leadership roles. He has a rich experience in Engineering and Automotive Industries, where he has demonstrated effective leadership towards business strategy, business turn-around, change management, and creating world class Operations. Randeep’s leadership and contribution in his roles have helped win several recognitions for the companies he has worked for. His ability to craft strategic vision and direction to inspire the organization, a keen eye for details and a collaborative approach defines his leadership style.

Education: Randeep is a B.E. (Hons) in Mechanical Engineering from BITS, Pilani (one of the premier Engineering institutes in India) and has undergone various management & leadership trainings and certification programs. Most notable ones being Accelerated Management Program in General Management from Indian School of Business, Hyderabad (India) and Weir Global leadership program.

Effective 1st Jan 2016, Randeep has been working as Managing Director of Weir Minerals Malaysia and is based out of Kuala Lumpur.

Alex is the founder and CEO of LiveSmart. LiveSmart is a health technology and services business that works with corporates and insurance companies, including companies like Universal Music Group and AXA to provide preventative health services to employees. LiveSmart is embarking on an international expansion programme across Europe and Asia and has set up and launched their regional hub in Malaysia during the lockdown.

Complimentary for Sterling, Large, SME and Individual members of the BMCC

Complimentary for all UK Institutions or Organisations and UK Chamber of Commerce members.