Future-Proofing Your Career: The Skills of Entrepreneurship & Intrapreneurship

In our ever-changing world where the job market is difficult to predict, the ability to create your own future becomes especially important. With the rapid advancement of technology in parallel to the 4th Industrial Revolution, more and newer skills are fundamental for us to be able to strive and withstand many challenges. Therefore, being able to equip young talents with relevant skills should be one of the top priorities today.

Join us to dive in for essential insight into the changing priorities of graduating young talent and to learn directly from entrepreneurs and intrapreneurs, as they share their stories of career and role invention and reinvention. 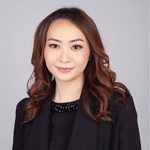 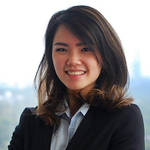 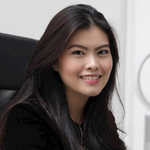 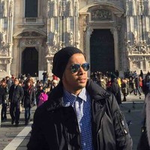 Prisilia Putri is a legal consultant with a focus on energy and infrastructure. She holds a Master's Degree in Construction Management from John Moores University, Liverpool. Putri is based in Indonesia. On top of her legal works, she is currently pursuing her passion in business, being a Co-Owner of Dejamu chain-stores located in South Jakarta and Tangerang. Dejamu aims to promote a healthier lifestyle and preserve Indonesian culture amongst local youth by modernising traditional beverages to meet today's lifestyle.

Imeiniar has 11 years of international exposure – being raised and educated in Singapore for six years, obtained bachelor degree in University of San Francisco, and an MBA from Imperial College London.

Prior working in Michael Page, she was working in HSBC Indonesia as an Assistant RM between the year 2009 - 2012, handling medium to large corporate clients. Left the business in 2012 to pursue her MBA degree from Imperial College London, and was awarded the Joan Woodward Postgraduate Memorial Prize for the Organisational Behaviour thesis written on the employee retention strategies.

Joined Michael Page in November 2013 as part of the Indonesia launch team, successfully contributed to the group’s growth and the first country to hit a profitable business since its first year of launched by becoming the top 3 fee earners since 2014 across the floor. Currently running the digital & technology team and being involved in various campaigns within Michael Page such as their “Membangun Negeri” campaign.

Caroline Victoria was educated in Malaysia and Singapore, prior to obtaining her Master’s Degree from University of the West of England, Bristol.

She started her career as a management consultant, focusing on Strategic Management Plans catering to Indonesia’s medium to large companies and government institutions. She also specialized in Corporate Governance for largest family–run businesses.

She joined Roswell Group Indonesia in 2016, when she acquired the company together with other investors. She managed to turn the company around from its previously bankrupt state to hit USD 1 Million in its first year. Initially, the company operated in importing and distributing baby products. Today, the company has grown to distributing brands across several retail segments. Recently, she also provides services tailored to renowned corporate clients (Pertamina, Panin Bank, FWD Asset Management, etc).