Established in 1963, the British Malaysian Chamber of Commerce (BMCC) has been driven by the sole ordinance of advancing bilateral trade relations between the United Kingdom and Malaysia. Over the past five decades, the BMCC has been a catalyst in providing Malaysian-based businesses with networking and exposure, knowledge exchange and bilateral trading support services. Today, the BMCC has firmly rooted itself as one of Southeast Asia’s most prolific Chambers.

Event DetailsSpeakerAgendaBrought to you by

The webinar will include a Q&A session. Participants are encouraged to forward questions to events@bmcc.org.my, prior to the webinar. 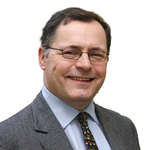 Mr Hay is married to Pascale Sutherland and they have two daughters. He has a Master in Business Administration as well as a BA in Philosophy and Politics. His hobbies include golf, diving and archery

Complimentary for Sterling, Large, SME and Individual members of the BMCC

Complimentary for all UK Institutions or Organisations and UK Chamber of Commerce members.