In November 2019, the UK opened the UK Mission to ASEAN, marking a deepening engagement. With total trade of GBP 36.2 billion in the four quarters to the end of Q3 2021, ASEAN member states remain highly strategic partners to the UK.

Together with HMA Jon Lambe, the first dedicated UK Ambassador to ASEAN, this session will look at the growth prospects for trade & investment in ASEAN, especially with the world reopening post-pandemic. This session will present an opportunity to debate exactly what the British private sector active in ASEAN can expect from the region's further integration.

This live webinar is proudly presented by BiSEA (Britain in Southeast Asia) to each chambers' members and our extensive networks across the region and in the UK. 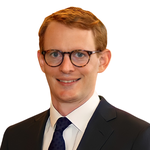 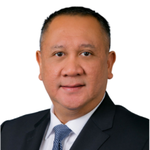 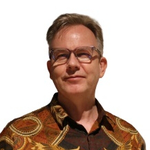 Jon joined the Foreign and Commonwealth Office (FCO) in 2010. He most recently served in London, leading work on nuclear non-proliferation and disarmament, including the UK approach to North Korea and to the Iran nuclear deal. From 2014 to 2016 he was Deputy Ambassador and Political Counsellor at the British Embassy in Kinshasa, leading work on governance and peacekeeping. From 2010 to 2014 he was First Secretary, Energy, Climate Change and Development at the British Embassy in Paris.

Before joining the FCO, Jon worked from 2005 to 2010 in the Department for Education, focussing on improving school performance. From 2004 to 2005 he worked at HM Revenue and Customs, including on innovative uses of fiscal policy for social change.

Jon has a BSc in Mathematics from Imperial College, London and a MSc in Finance and Economic Policy from the University of London.

In an international career spanning 23 years with the Bank, Mr Donosepoetro has held diverse roles across businesses and functions in different markets – Indonesia, United Kingdom, United Arab Emirates, Singapore, Brunei Darussalam and Falkland Islands. He joined the Bank as a Graduate Trainee and started his career with Consumer Banking in Indonesia before moving to the Bank’s Head Office in London in 2002 to take up the role as Executive Assistant to the Group Chief Executive Officer. He then joined the Europe Wholesale Banking team and subsequently the Consumer Banking team for the Middle East out of Dubai in 2004. As Project Director for the Group M&A, he led Standard Chartered’s successful acquisition of Permata Bank in Indonesia and American Express Bank in the US.
Mr Donosepoetro spent four years from 2010 as the Bank’s Regional Head of Internal Audit for Asia based in Singapore. He has also held the post as Chief Executive Officer for Standard Chartered in Falkland Islands and Brunei Darussalam. His appointment as Chief Executive Officer for Standard Chartered Indonesia in September 2016 marked a milestone as the first Indonesian CEO throughout over 150 years of the Bank’s operations in the country.

As Vice Chairman for ASEAN, Mr Donosepoetro is responsible for driving execution of the Bank’s ASEAN strategy and providing governance oversight over the Bank’s footprints that spans across all 10 ASEAN Countries. He is also the Bank’s sustainability senior sponsor for ASEAN and South Asia regions.

Ian Betts is Director for Southeast Asia at Hill & Associates, Country Manager for Indonesia and Leader for the company's Risk Intelligence service line. He has 30 years of experience in and associated with Indonesia and Asia and has been described as one of the region’s leading analysts.

After ten years in business consultancy in Jakarta, Ian joined Hill & Associates in 2007 to lead the company’s Risk Intelligence Service in Indonesia. He served as Country Manager there from 2010 to 2014 when he relocated to London in January 2015 as Global Head of Risk Analysis for G4S Risk Consulting.

In January 2017 Ian returned to Southeast Asia to lead the company’s operations in Thailand, Malaysia, Vietnam, and the broader Mekong sub-region from Bangkok. In 2021 his duties expanded to cover Indonesia once more, resuming his role there as President Director and returning to the country in June of that year. As leader of Hill & Associates’ Risk Intelligence service, Ian also manages a team of analysts based in countries throughout the region.

A published author in Indonesia, Ian provides expertise on a broad spectrum of risk and security areas. Fluent in Danish and Indonesian, he has a Bachelor of Arts in the Humanities and a Master’s degree in International Studies.