This is a past event. Registration is closed. View other Business Innovation Congress events.

The future of a humans will not be similar to its past, which means that both humans and its environment will change.

Almost all spheres of human life will undergo a change: personal life, leisure, business, up to the political and religious world order.

The era of artificial intelligence (AI) is a time of unknown risks, but also of new opportunities.

The Business Innovation Congress is the future-forward movement designed for leaders.

The main objective of BIC is to provide disruptive ideas and perspectives outside of usual business processes, as well as explore new market trends, products, services, and technological innovation.

The BIC was founded in Germany in 2012. Previous events have taken place in different cities around the globe and were supported by world-leading organizations and companies as UN, UNESCO, Volkswagen, Siemens, Vallourec, AGCO Corporation, Fraunhofer, several ministries, dozens of universities, and chambers of commerce from the EU and Asia.

Welcome remarks by Matthias Schepp, Chairman of the Board of the German-Russian Chamber of Commerce and Delegate of German Business in the Russian Federation.

BIC TALK No. 2: Artificial Intelligence and the Future of Humans

BIC Plenary Discussion: Business and Humans in the Age of AI

The future of humanity will not be similar to its past, which means that both humans and its environment will change. Almost all spheres of human life will undergo such change: personal life, leisure, business, as well as the political and religious world order. The era of artificial intelligence (AI) is a time of unknown risks, but also of new opportunities.

Welcome remarks by Matthias Schepp, Chairman of the Board of the German-Russian Chamber of Commerce and Delegate of German Business in the Russian Federation. Vladimir Pirojkov is a world-leading designer and innovator, renowned for designing the interior of Toyota’s and Citroen's best-selling cars. He is also one of the leading experts for future trends and technical innovation.

Pirojkov studied Industrial Design at the Sverdlovsk Architectural Institute, and in the late 1980s moved to Switzerland to practise at Luigi Colani’s world renowned Design Buro. During this time, he worked for companies such as Adidas, Ferrari, and Yves Saint Laurent. In 1993 he won a scholarship to continue his studies in Switzerland at the Art Center College of Design. He holds a BSc in Design and BSc in Transportation Design.

From 1994-2000, Pirojkov was the Interior Designer at Citroen and worked on the development of their best-selling models C3, C3 Pluriel, C4 Coupe, C5, and C6. Having left Citroen, he spent 7 years as a Senior Designer in the Toyota Europe Design Development team and worked on top-selling models such as Yaris, Avensis, Auris, Corolla, RAV4, Celica, Prius, and IQ. Pirojkov also managed the development of the "Advanced Design" department, developing concepts for the cars which will be produced in 2020-2040.

After an unprecedented career and 20 years’ experience in leading international companies, he returned to Moscow and established ASTRAROSSA DESIGN – a Centre of Industrial Design and Innovation in 2007.

Since 2014 he has been the CEO of Design Innovation Prototyping Centre «KINETICA» based in the National University of Science and Technology MISIS in Moscow.

Pirojkov teaches transportation design at leading colleges and schools of arts in USA, Europe, Russia, and China. He is Honorary Corresponding Member of the Russian Academy of Arts.

BIC TALK No. 2: Artificial Intelligence and the Future of Humans 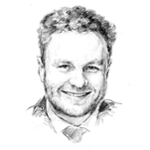 Dr. Konstantin Schamber is Managing Director of the Center for Strategic Intercultural Communication GmbH (StrategicInterCom), Germany; Chairman of the Council and Founder of Business Innovation Congress (BIC), Germany; Representative of the Association of Medium-Sized Enterprises in CIS (MITTELSTAND INTERNATIONAL), China.

Dr. Schamber is an entrepreneur, expert in intercultural business communication and artificial intelligence from the social sciences point of view.

Being of multi-cultural background and having vast academic know-how and hands-on practical experience gained from working across several business functions and across geographies, he works in three languages and advises both individuals and (global) organizations on issues of his expertise.

He is a visiting lecturer at several leading business schools and universities in Europe and in Asia and is frequently invited to speak at diverse international platforms.

Dr. Schamber graduated from the Munich University institutes of economic sociology and social psychology where he received his PhD, working with his doctoral adviser Prof. Dr. Ulrich Beck who is the well-known German sociologist and political philosopher.

BIC Plenary Discussion: Business and Humans in the Age of AI

The future of humanity will not be similar to its past, which means that both humans and its environment will change. Almost all spheres of human life will undergo such change: personal life, leisure, business, as well as the political and religious world order. The era of artificial intelligence (AI) is a time of unknown risks, but also of new opportunities. Sergeĭ Pereslegin is a Russian physicist, philosopher and among the world's leading technology and society forecasters. He is also a fiction and alternate history theorist, literary critic and political essayist, sociologist, socionics specialist and a military historian.

Sergeĭ Pereslegin is also the author of training courses, such as: “Fundamentals of Strategic Thinking”, “Foundations of Geopolitical and Geoeconomic Approaches to Management Practice”, as well as training and methodological cases, such as: “Foresight as a Modern Technology for Predicting Prospects for the Development of the Technological Environment”, and “Development of spatial planning scenarios”.

Sergeĭ Pereslegin works for several economic and intellectual incubators inside and outside of Russia and the former Soviet Union. 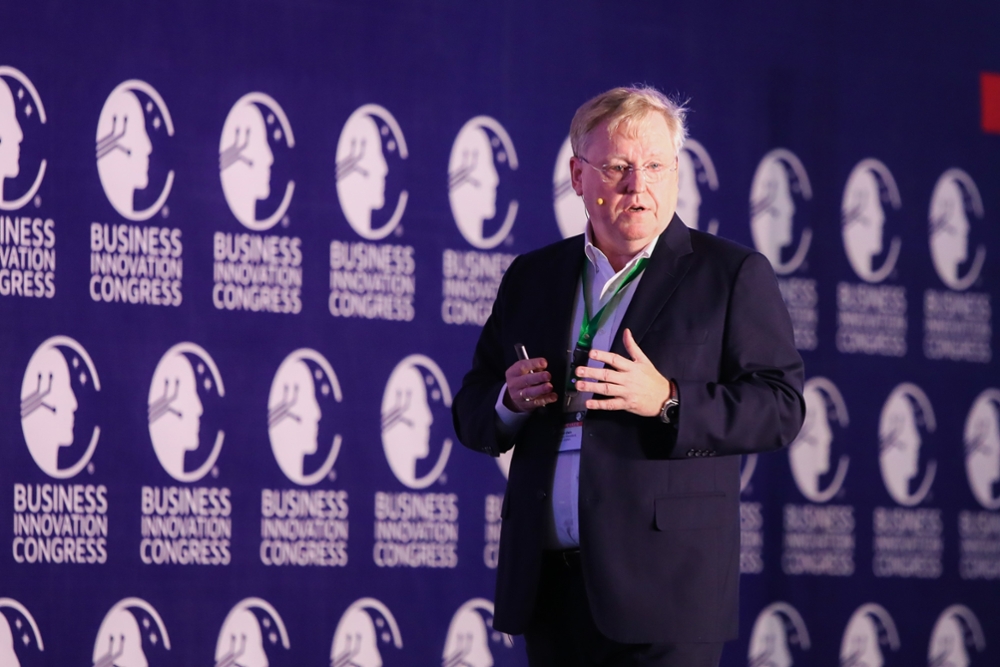 "My takeaway was that my understanding of AI or imagination of AI was wrong. I thought it will be a fast tool that could help to boost our goals. It was a brilliant event. I really enjoyed it. The presentation made by Dr. Schamber was nicely done so that the right questions could be asked. Good arrangement." 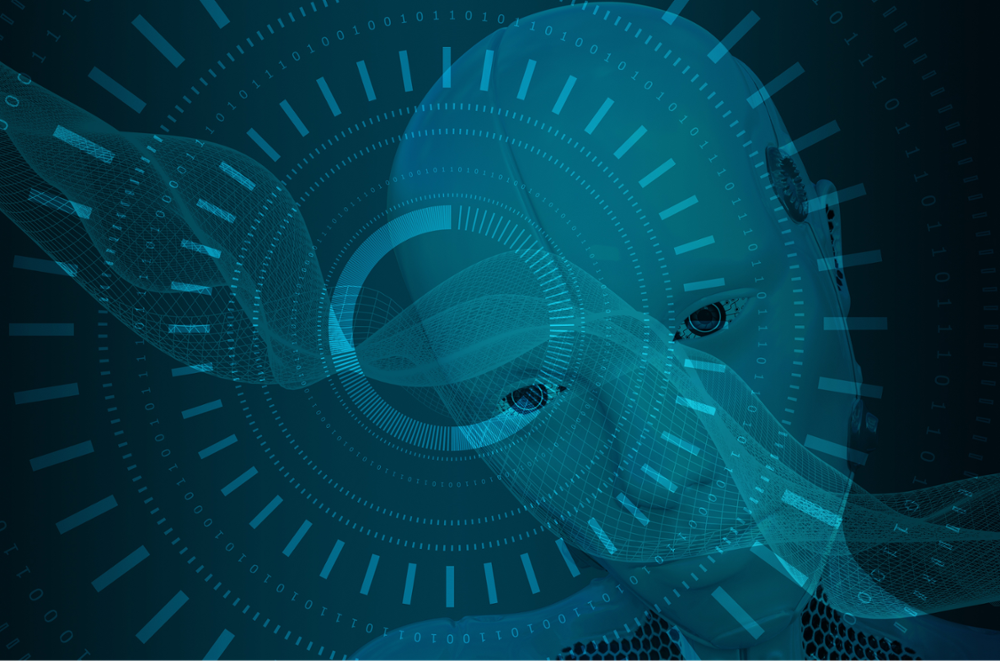 "For Siemens the Food & Beverage industry in Thailand shows big potential and with the Thailand 4.0 initiative an innovative environment for the development towards digitalization. The Business Innovation Congress 2017 in Bangkok has been a very good platform to get in touch with Thailand food associations as well as food & beverage producers to discuss the current status and the future needs like standardization as a first step." 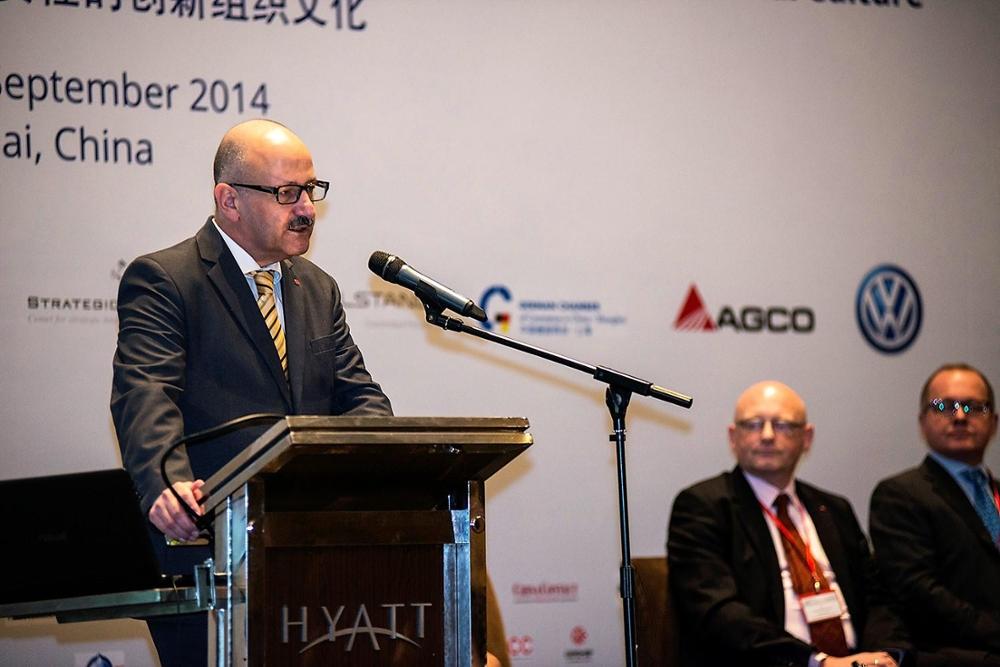 "I was deeply impressed by the positive evaluation and interests given by speakers and audience members from different countries and industries regarding the opportunities of trade and economic development and cooperation between Asian and European countries. The Business Innovation Congress 2017 in Moscow is a very valuable platform for the business cooperation between China and European and Central Asian countries." "I came out of duty and would certainly have driven back if there had been nothing new here. I did not expect such breadth and depth." 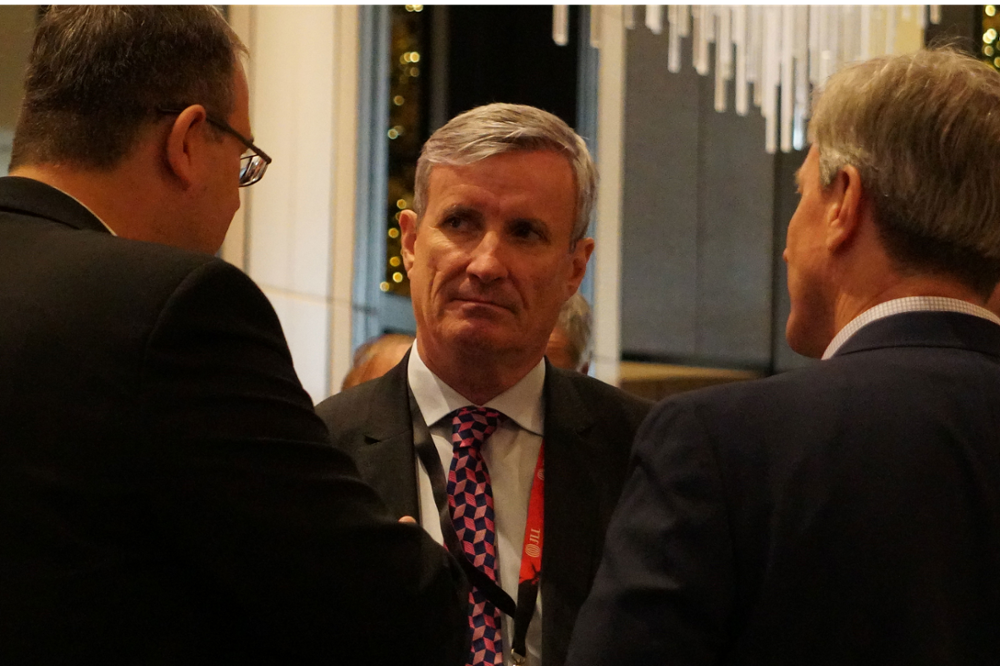 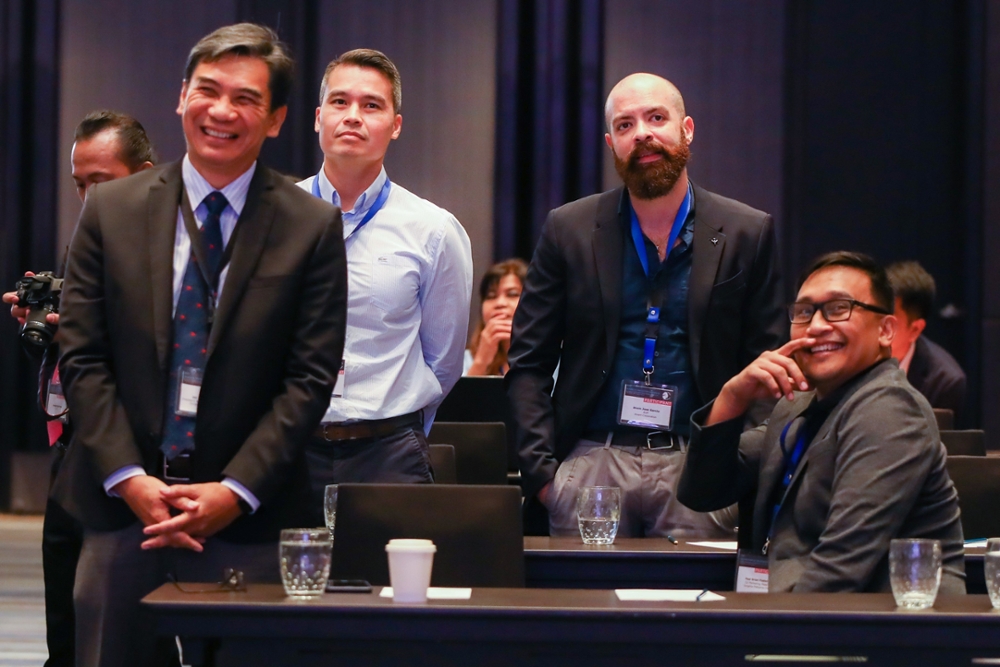 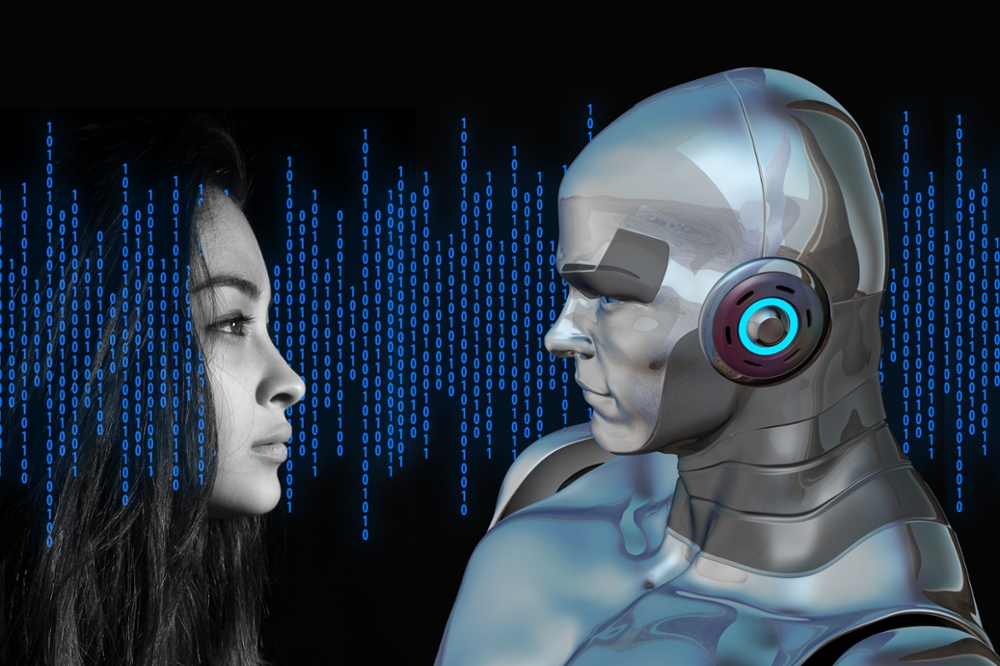 "Very convincing and eye-opening talk. Although I am natural scientist, I liked the fact to hear the story NOT from a (computer) scientist or mathematician. The fact that Dr. Schamber comes from social science drove the AI topic also towards more general impact on society, humanity, and even into some philosophical questions, and ethical, legal and other discussions, and also some evolution discussions, many of those questions now already real, but others still remain hypothetical (Gedankenexperiment). Very interesting! Thank you! A real special evening!"

The main objective of the Business Innovation Congress is to explore new market trends, products, services, and technological innovation and to support SMEs + Start-ups and leading Corporations to get in touch with each other and maximize utilization of new digital business tools towards global competitiveness.

The Business Innovation Congress is a strategic venue for new business innovation opportunities and cooperation, offering reputable practical expert workshops and exclusive insight meetings with leading executives, thinkers and decision-makers. Each time the Congress takes place in a different city, focusing on different themes and issues linked to business innovations.

StrategicInterCom - Center for strategic intercultural Communication GmbH is a network company that is active internationally founded in 2010 in Germany. The headquarters is in Frankfurt/Main, Germany.

StrategicInterCom GmbH focuses on developing and supporting executives, expatriates and high potentials by creating and implementing exclusive activities and initiatives.

MI is an international network platform linked diverse experiences, know-how, market access and executives. The headquarters is in Shanghai, China.

Business Association of the Landsmannschaft of Germans from Russia 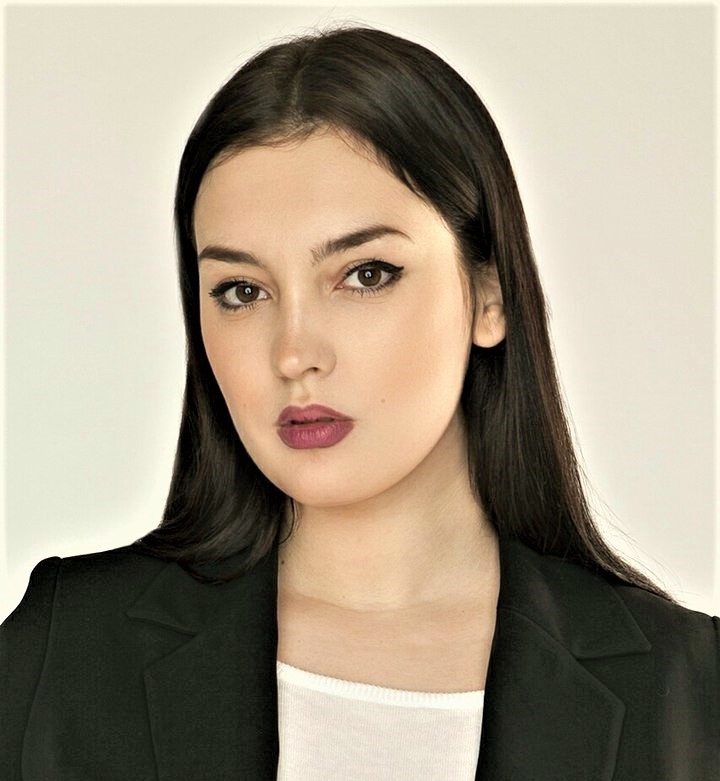