In 2021, the UN Climate Change Conference (aka COP 26) will be held in the UK. Accordingly, BritCham will be launching a Climate Change Focus Group for Members that will be supported by a series of guest speakers.

To start the series off we welcome Jeffrey Chatellier, Managing Director of Indonesia based Forest Carbon. He will share his experience as a pioneer who has successfully delivered forest restoration projects in Indonesia and how these projects generate major climate benefits, reduce fire risk and drive rural economic development.

Joining the panel is Lisa Walker, CEO of Ecosphere+, a UK specialist carbon credits and natural climate solutions company. She will explain how credits from projects help companies meet their commitments on climate change and sustainability. She will also provide insight into which sectors will be impacted by future regulation.

Completing the panel will be Adam Gibbon, an Investment Director at Mirova Natural Capital, a UK based asset management firm. He will discuss demand from investors to invest in projects that deliver returns and impact. 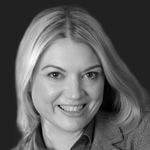 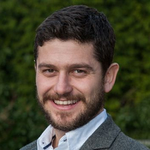 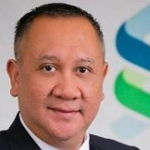 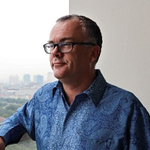 Jeffrey Chatellier is a conservation scientist who has advised major corporations, multi-lateral institutions, and international environmental organizations on conservation finance, forestry, and sustainability for over 10 years. He holds a bachelor's degree in International Affairs and Economics from The George Washington University and a Masters' Degree in Environmental Science from Yale University. In 2010, he was awarded a Fulbright Research Scholarship at the Institute of Technology of Bandung where he analyzed the impacts of biofuel production on the environment. In 2010, he became a Partner and Director at PT Forest Carbon, an environmental consultancy focused on the Southeast Asia market overseeing the implementation of hundreds of projects and the management of the company's Indonesian office. During his tenure at Forest Carbon, he has advised a wide range of clients including Deloitte, PwC, EU, UNDP, USAID, GIZ, FFI, WCS, SNV, GGGI, and a number of Indonesian conglomerates and regional governments. Prior to his time at Forest Carbon, Mr. Chatellier spent close to three years working on community reforestation and conservation projects in a mangrove delta region in Senegal with the country's Forestry Department as a Peace Corps Volunteer.

In 2017, he closed a large conservation finance investment in Indonesia for the 23,000 ha Sumatra Merang Peatland Project in South Sumatra that totaled 6.6 million USD. He is currently overseeing the project's implementation and reporting to the project's investors. In 2019, he successfully oversaw the validation and verification of the project under Verra’s Verified Carbon Standard and the Climate, Community, and Biodiversity standard.

He is a published author having written two scientific book chapters on sustainability and the forest carbon cycle, which were published by Springer and Yale University and a book on the mangrove ecosystems of Senegal. He is fluent in Bahasa Indonesia, French and Mandinka.

Since 1999 Lisa has been closely involved in every aspect of climate and environmental strategy development and implementation, public policy formation and commercial low-carbon technology investments – she has a track record of success and has continuously demonstrated her passion, energy and commitment to sustainable energy growth.

Lisa brings a mindset of an integrated, holistic and commercial approach to her roles combining deep knowledge with a breadth of experience in the energy sector. She has proven her ability to identify key long-term sustainability, policy and market trends, understand future threats and opportunities and build support for and deliver strategies and investments which both protect and create value.

Lisa regularly engages at C-Suite and senior Government level. She has held roles in HSSE, Strategy & Policy, Business Development and Assets and is an expert on the design and function of carbon markets. She has created and led diverse global teams and sat on multiple investment committees for major public and private funds (including the World Bank's Forest Carbon Partnership Facility).

After >17 years in the O&G sector in late 2016 Lisa chose to focus on large scale climate & SDG solutions. She became the CEO of the new venture Ecosphere+ (funded by the Althelia Climate Fund) with a mission to scale up demand for natural climate assets such as tropical forests and sustainably produced commodities. In 2017 the World Economic Forum recognised Lisa as a Young Global Leader.

Lisa was previously on the Governance Board for the Sustainable Gas Institute at Imperial College, was Co-Chair of the Climate and Clean Air Coalition Oil & Gas Methane Partnership, on the Board of the UK CCS Research Centre. Lisa is a co-founder of sustainability network Green & Tonic. She was closely involved in the development of the Oil & Gas Climate Initiative (OGCI) and was a member of the Executive Committee's of OGCI and industry trade association IPIECA.

Adam Gibbon specialises in designing, raising and deploying debt and equity investment funds that finance sustainable enterprises having a positive impact on climate change and biodiversity.

Adam has extensive experience with both sustainable agriculture and voluntary carbon market standards. He has contributed to the development of numerous standards including being a lead technical author of the Verified Carbon Standard’s Jurisdictional and Nested REDD (JNR) Initiative and a technical author of the Sustainable Agriculture Network’s Climate Module. He is a registered VCS Agriculture Forestry and Other Landuse expert as well as a VCS JNR expert.

Adam has designed and developed a number of projects focused on sustainable commodity production (tea, coffee, cocoa) and the creation of economic value from ecosystem services that are maintained or improved.

Adam was a manager within PwC’s Sustainability and Climate Change team. In this team he worked with corporate and government clients on the design, sustainable financing, and monitoring of programs to improve land use practices, reduce deforestation and improve livelihoods. Prior to this, Adam was Technical Manager of Rainforest Alliance’s Climate Program. There he was responsible for leading and managing the technical aspects of Rainforest Alliance’s climate related activities across auditing, forestry and agriculture divisions. He was also a senior lead auditor on over 30 voluntary carbon standard engagements.

Adam has a BSc in Natural Sciences from Durham University and an MSc in Environmental Change and Management from Oxford University.

In an international career spanning 23 years with the Bank, Mr Donosepoetro has held diverse roles across businesses and functions in different markets – Indonesia, United Kingdom, United Arab Emirates, Singapore, Brunei Darussalam and Falkland Islands. He joined the Bank as a Graduate Trainee and started his career with Consumer Banking in Indonesia before moving to the Bank’s Head Office in London in 2002 to take up the role as Executive Assistant to the Group Chief Executive Officer. He then joined the Europe Wholesale Banking team and subsequently the Consumer Banking team for the Middle East out of Dubai in 2004. As Project Director for the Group M&A, he led Standard Chartered’s successful acquisition of Permata Bank in Indonesia and American Express Bank in the US.
Mr Donosepoetro spent four years from 2010 as the Bank’s Regional Head of Internal Audit for Asia based in Singapore. He has also held the post as Chief Executive Officer for Standard Chartered in Falkland Islands and Brunei Darussalam. His appointment as Chief Executive Officer for Standard Chartered Indonesia in September 2016 marked a milestone as the first Indonesian CEO throughout over 150 years of the Bank’s operations in the country.

As Vice Chairman for ASEAN, Mr Donosepoetro is responsible for driving execution of the Bank’s ASEAN strategy and providing governance oversight over the Bank’s footprints that spans across all 10 ASEAN Countries. He is also the Bank’s sustainability senior sponsor for ASEAN and South Asia regions.