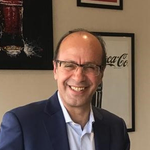 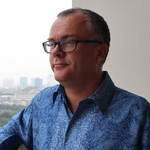 Kadir was appointed as the President Director of Coca-Cola Amatil Indonesia in November 2013. He initiated, sponsored and led a comprehensive, whole-of-business strategy that transformed the business in Indonesia delivering record volume and profit for the region.

Under his leadership Coca-Cola Amatil Indonesia has been transformed into a diverse, highly engaged and highly capable operation with a heightened focus on Safety and Sustainability. The award winning capability development framework now in place to develop technical and leadership skills, along with the diversity and inclusion programs will ensure that team at Coca-Cola Amatil Indonesia remains on track to achieve its vision of NARTD value leadership in Indonesia.

Prior to joining Coca-Cola Amatil Indonesia Kadir was the President and CEO of Aujan Coca-Cola Beverage Co. based in Dubai and delivered impressive market and financial results through both expansion and organic growth in a number of markets.