This is a past event. Registration is closed. View other China Hong Kong Culture Exchange Association events.

In Hong Kong, ethnic minorities are identified as new immigrants from Mainland China, South and Southeast Asians. Based on the 2016 Population By-census, they compose about 8% of the overall population in Hong Kong. While there are initiatives to improve upward social mobility of this community, language barriers, cultural differences, and power imbalances mean that racial discrimination is still prevalent in Hong Kong.

According to "Report of the survey on Ethnic Minorities and asylum seekers in seeking private accommodation Rentals" published by the Hong Kong Refugee Ministry Group and Hong Kong Unison in 2018, ethnic minorities face difficulties because of their race. The report also notes that the local Chinese people are "unwelcoming" towards ethnic minorities, citing an "outright refusal to rent and talk [to ethnic minorities unless they spoke] Chinese."

Salary statistics suggest more severe discrimination. The median monthly income of Hong Kong population in 2011 was HKD 3,600, which was much lower than the average amount of HKD 11,000, based on the Population By-census. Besides, the report assumed that almost one-fifth of ethnic minorities lived under the poverty line in Hong Kong. This assumption suggests the fundamental stereotypes, prejudices, and structural inequalities rooted in our society.

Since the pandemic outbreak in 2020, ethnic minorities have faced more challenges than before. It is time for us to discuss and review the situations and solutions for empowerment.

Community Shaper 2030: Accessibility, Inclusion and Diversity Online Forum aims to review the current solutions for equal opportunities among ethnic minorities, and to inspire new solutions in order to reach No. 10 of the United Nations' Sustainable Development Goals, "Reduce Inequality". 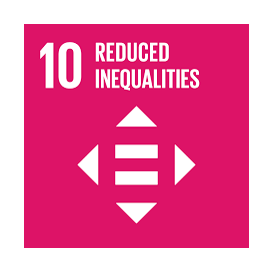