As climate change impact reverberates and policy is established across the globe, businesses are becoming more aware that the climate risks to their operations are an important factor to business sustainability in the future economy. Both global and national regulators are increasingly incorporating environmental integrity measures and de-risking climate issues. Leadership is crucial to ensure climate action within organisations is implemented effectively according to not just organisational targets, but also global targets such as Race to Zero that are adopted by corporations, governments, investors and financiers. Therefore, it is important to help businesses adopt governance structures that enable and factor in such risks as well as mitigation measures into their wider DNA, especially in a developing country like Malaysia.

Join our speakers as they share insights and discuss: 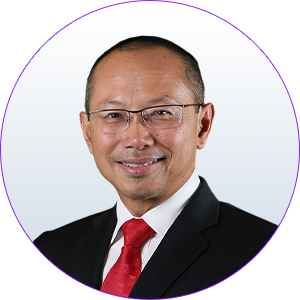 Tan Sri Abdul Wahid Omar, 57, is currently the Chairman of Bursa Malaysia Berhad. He is regarded as one of the most versatile corporate leaders in Malaysia having successfully led four major organisations in infrastructure development, telecommunications, financial services, and investment management. He served as Group Chairman of Permodalan Nasional Berhad (PNB), Malaysia's largest fund management company, from August 2016 to June 2018 following completion of his term as a Senator and Minister in the Prime Minister's Department in charge of Economic Planning from June 2013 to June 2016.

Prior to his cabinet appointment, Tan Sri Abdul Wahid was formerly the President and CEO of Maybank, Malaysia's largest public listed company and one of the leading banking groups in Southeast Asia, from May 2008. He was credited with transforming Maybank into a regional banking group and a global leader in Islamic finance. Prior to joining Maybank, he was the Group CEO of Telekom Malaysia Berhad (TM) from July 2004 until its demerger with Axiata Group Berhad in April 2008. He was also formerly the MD/CEO of UEM Group Berhad, his first role as CEO at the age of 37. He successfully led the turnaround of UEM Group, Malaysia's largest infrastructure development conglomerate (which owned PLUS Expressways), following its takeover by sovereign wealth fund Khazanah Nasional in 2001.

Tan Sri Abdul Wahid is a member of the Association of Chartered Certified Accountants (ACCA), the Institute of Chartered Accountants in England & Wales (ICAEW) and the Malaysian Institute of Accountants (MIA). He has received numerous awards throughout his career. This includes Malaysia's CEO of the Year 2006 award from Business Times/American Express, The Asian Banker's 2013 Leadership Achievement Award for Malaysia and The Edge Value Creator award 2013.

Tan Sri Abdul Wahid currently also serves as the Chairman of the Board of Directors of Universiti Kebangsaan Malaysia, Trustee of WWF Malaysia, Professor of Practice at INCEIF (the Global University for Islamic Finance) and as a Visiting Fellow at the Oxford Centre for Islamic Studies, UK. 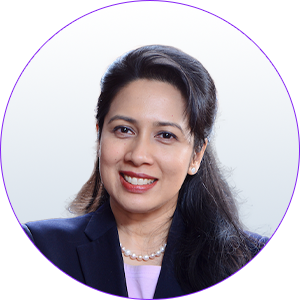 Datin Seri Sunita Rajakumar is a professional independent director and a strong advocate of the importance of governance in general and risk management in particular. She founded Climate Governance Malaysia which is the country chapter of the World Economic Forum's Climate Governance Initiative, is a Fellow of the Institute of Corporate Directors Malaysia, a member of the Global Advisory Board of Nottingham University's School of Business, the Advisory Panel of the UN Global Compact Malaysia's Sustainability Center of Excellence, supports the CEO Action Network, an industry led initiative to increase sustainability and climate resilience, and promotes gender diversity on boards with the 30% Club.

﻿She is an independent director of Bursa-listed companies Dutch Lady Milk Industries (Chairman) and Berjaya Corporation; as well as MCIS Insurance (a member of the Sanlam group) and Zurich General Insurance and serves as trustee of 5 charitable foundations. 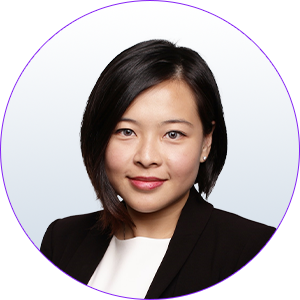 Arina has also been involved in discussions with the Ministry of Environment and Water, Bursa Malaysia and the Securities Commission Malaysia on green and social policies and standards for Malaysia. 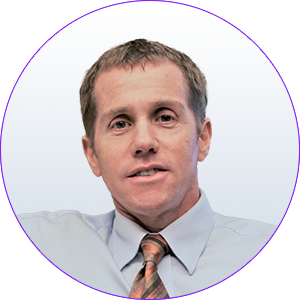 Ralph Dixon is the Director of Environmental Investments at YTL Corporation Berhad, the group's core businesses are ownership and management of regulated utilities and other infrastructure assets, serving more than 12 million customers on three continents. Ralph has been with YTL for more than fourteen years managing the environmental investment and sustainability divisions for the group. Ralph is also the CEO of their carbon consulting subsidiary (YTL-SV carbon).

Ralph has also served as a trustee of the Malaysian AIDS Foundation, Chairman of the Paediatric AIDS Fund, and is an alternate Trustee of Reef Check Malaysia, and Chairman of Save Wild Tigers (M) LLP.

Previously, ralph worked in investment banking for 15 years with Hoare Govett, Hong Leong, and Dresdner Kleinwort Wasserstein. Following that, he moved into manufacturing in 2001 as the Chief Executive Officer of the paper converting factories of Detpak in Indonesia and South Africa supplying to McDonalds, Starbucks, KFC and other major quick service restaurants, hotels, and bakeries. He then working with Hong Leong Asia in Singapore as Chief Executive Officer for their recycled wood packaging subsidiary, GPAC technology before joining YTL Corporation Berhad in Malaysia in 2007.

Ralph Dixon graduated from the University of Warwick, United Kingdom, with a B.Sc. (hons) in Management Sciences. He also has a Diploma in Mandarin from the National Taiwan Normal University.

More information on Ralph's work is available at www.ytl.com/sustainability​. 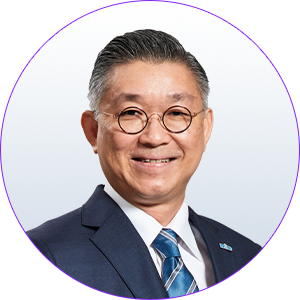 Yee Yang Chien was appointed as President / Group Chief Executive Officer of MISC Group on 1 January 2015. He holds a double-degree in Financial Accounting/ Management and Economics from University of Sheffield, United Kingdom.

As an auditor during his early years, Yee undertook both external and internal audit assignments and progressed later on to equity research and investment banking work with various international and local financial institutions.

In 2001, Yee joined MISC Berhad as Senior Manager of Research and Evaluation in the Corporate Planning and Development Unit. Yee went on to become the Group Vice President of Corporate Planning in AET Group following this subsequent appointment in June 2005.

In April 2008, Yee returned to MISC Berhad as the Vice President of Corporate Planning and Development and became its Chief Operating Officer in July 2013. Yee is also the Chairman and a Board Member of various subsidiaries within the MISC Group.

Additionally, Yee is a Director of the Members' Committee of The United Kingdom Mutual Steam Ship Assurance Association (Bermuda) Limited (UK P & I Club) and an Advisory Council member of the Global Maritime Forum.

He is also on the National Shipping and Ports Council for Malaysia, the International Advisory Panel for the Maritime Decarbonization and a member of the Advisory Board of Lloyd's Register.