The New England Legal Foundation is a 501(c)(3) not-for-profit public interest foundation whose mission is promoting public discourse on the proper role of free enterprise in our society and advancing free enterprise principles in the courtroom. Our ongoing mission is to champion individual economic liberties, traditional property rights, properly limited government, and balanced economic growth throughout our six state region.

This is a past event. Registration is closed. View other New England Legal Foundation events.

Jail to Jobs Pipeline - How to Reduce Recidivism

Join now and be part of the show HERE. ​ 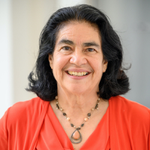 Professor Ramirez frequently works with academia, law enforcement, politicians and community leaders to ensure police accountability. She has testified numerous times before the US House of Representatives and state legislatures about related issues, written about these issues for national media outlets, including The Boston Globe, and has been interviewed by ABC News, “Good Morning America,” and NPR, and quoted in The Washington Post and Risk & Insurance, among others. She has also published numerous articles on criminal justice in leading journals, including the American Journal of Criminal Law, Temple Political and Civil Rights Review and Georgetown University American Criminal Law Review.

Professor Ramirez is the chair and founder of Northeastern Law’s Criminal Justice Task Force, which brings together academics, lawyers, judges and allies focused on a myriad of criminal justice reform issues, including exploring the historical roots of racial disparity and mass incarceration, trying to harness the full strength of our reentry networks, bail reform, restorative justice practices and juvenile justice issues.

Professor Ramirez is also faculty co-director of the Center for Law, Equity and Race (CLEAR), which nurtures existing networks and actively engages in creating new ones that support its mandate to enrich and inform the national discourse on reparative justice and criminal justice reform and build additional strength in racial justice research and practice. It thrives through its internal partners at the law school, including students engaged in co-ops and clinics and faculty who are leaders in combatting injustice. CLEAR also expands the capacity of collaborators and supports new areas of research on questions of racial redress, including projects of restorative justice, transitional justice and reparations.

Before joining the Northeastern faculty in 1989, Professor Ramirez was an associate with the Boston law firm of Hale and Dorr and an assistant US attorney in Boston, where she was assigned to the Organized Crime Drug Task Force Unit. In that position, she was in charge of numerous investigations and trials, and handled appeals before the US Court of Appeals for the First Circuit.