Masterclass with Britcham Women Board Members

For our first event of 2021, we invite you for an up-close and personalintroduction to the women board members' of Britcham Indonesia. This will be an interactive session to learn more about who we are, the community we have created, the opportunities that are available to our members, the information and knowledge that we share, and the benefits and potential of attending our events.

Join us for this exclusive masterclass to learn, share, connect, and possibly collaborate with one another. This is your opportunity to ask questions to help you achieve your personal and business goals for a successful 2021.

Together - we have power - and we can create magic! 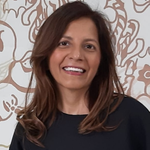 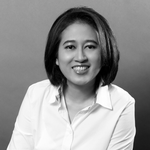 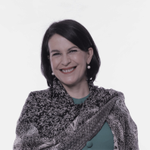 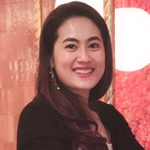 Leveraging on over two decades of experience in public relations and consumer marketing, combined with a passion in coaching and networking, which led to a successful career in business development for a recruitment company PT Jac Recruitment for a couple of years. She has conducted various Networking Workshops and moderated/emceed at Women Leadership Summits and PR Conferences held in Jakarta annually.

She has lived in many countries due to her father's work and she speaks five languages : English, Indonesia, Hindi, Sindhi and Japanese. Her passion is to network and connect with people and she is most happiest when she is at an event and sharing with people from all over the world.

Lia is a talented lawyer, litigator, a leading advisor to many top businesses worldwide, and also one of the country’s foremost legal practitioners, having been involved in some of the most high-profile matters over the years.

She is a Partner in the Corporate, Commercial, and Litigation and Dispute Resolutions departments of M&T. She provides expert advise and oversight in large, complex corporate negotiations, and brings 20 years of experience in managing legal aspects of commercial, transactional and corporate governance matters including anti competition regulations and policies.

Lia adheres to strict ethical principles when representing clients before Indonesian courts and arbitration panels. Her practice does not only focus on litigation but also aims to provide advice to clients on how to minimize potential risks related to employment, anti bribery, anti corruption and litigation issues.

She is a sworn translator, author of a number of significant publications, an instructor faculty member in TRACE Anti-Bribery Specialist Accreditation, and often speaks at local and overseas seminars and training programs on employment, litigation and corporate matters.

Susana Germino is the President Director and CEO of PT Mitra Bahtera Segara Sejati Tbk (PT MBSS) since April 24th, 2019. She previously served as a Commissioner of MBSS and member of the Risk & Investment Committee.

Susana studied Naval Engineering in Portugal, where she is originally from and spent the first years of her career working in shipyards in her home country. Afterwards, she joined Lloyd’s Register, working in London, Shanghai and Hamburg. Susana left Lloyd’s Register to join a 3rd Party Technical Manager, first as the Commercial Manager for Europe and later as Managing Director of their office in Glasgow, where responsibilities included the technical management of bulk carriers, tankers and roro vessels.

In 2009, Susana was appointed Commercial Director of Thoresen Co (Bangkok), where responsibilities included chartering, operations and sale and purchase of vessels. In 2012, Susana joined Steamships Shipping, a member of the Swire Group in Papua New Guinea as General Manager and later in 2015, she moved to The China Navigation Company, another Company of the Swire Group, as General Manager, Swire Bulk Logistics.

Valentina Chai is an experienced finance professional within the corporate finance and M&A space. She has worked for Jardine Matheson since 2014 and has held various finance positions, including Corporate Finance Manager for Jardine Cycle & Carriage, General Manager of Corporate Strategy & Development in Astra International, and most recently, Deputy Group Treasurer of Astra International.

Previously, Valentina was part of HSBC’s Global Banking team covering M&A advisory for the Chemicals sector, as well as PricewaterhouseCoopers within its Assurance and Business Advisory practice, both located in London. Valentina holds a Bsc (Hons) Actuarial Science from the London School of Economics and Political Science. She is also a Fellow Chartered Accountant (FCA) with the Institute of Chartered Accountants England and Wales (ICAEW).