In its earlier incarnations, The 'Omnibus Law' had been touted as Indonesia's panacea solution to drastically improving international competitiveness. If so, why has it received so much domestic disapproval? Referred to as the Job Creation Law and signed off on Nov 2, 2020, this is a law that promised to create more real employment, provide a simpler taxation landscape and positive competition in hitherto restricted investment sectors. What is the reality versus expectations? 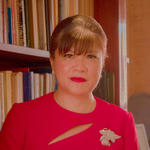 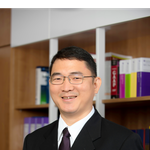 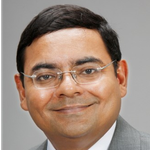 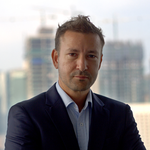 As Owner and Chief Executive Officer of the Sintesa Group, Shinta is responsible for the Management and Expansion of the Group’s business interests in Indonesia. The Sintesa Group is an Indonesian group with 16 subsidiaries, which operate in the Property, Energy, Industrial Products, and Consumer Products.

As a businesswoman, Shinta also involves in numerous business and social activities, including as the Vice Chairwoman of Indonesian Chamber of Commerce and Industry (KADIN Indonesia) and Employers’ Association of Indonesia (APINDO), Executive Board of International Chamber of Commerce (ICC), President of Indonesia Business Council for Sustainable Development (IBCSD), as well as founder of Indonesia Business Coalition for Women Empowerment (IBCWE) and Angel Investment Network Indonesia (ANGIN), and the Member of APEC Business Advisory Council (ABAC) Indonesia. She is also has chosen by the United Nations as one of 30 global corporate leader to join the Global Investors for Sustainable Development (GISD Alliance).

As part of her achievement, she received awards amongst others from FORBES Asia’s 50 Powerful Businesswomen (2012, 2013, & 2016), 30 Best CEOs by Business Indonesia Award in 2015, in 2017, she was decorated as the Commander of the Polar Star by the King Carl XVI Gustaf of Sweden and the Commander of the Order of Leopold of Belgium. And in 2019, she was awarded as Woman Entrepreneur of the Year at the Asia Corporate Excellence & Sustainability Award (ACES Award)

Kurniawan has extensive experience with clients across various industries. Kurniawan is particularly strong in business set ups, business restructuring-merger and acquisition, strategy, due diligence and general corporate matters. Throughout his professional years, he has developed considerable knowledge of Indonesian tax and legal system and has been closely engaged in various projects in business consulting, health care, and mining

Kurniawan is also a sworn translator and member of Indonesian Advocates Association Presentations and Publications. He received his Bachelor's degree in Law and Master's degree in Management from University of Indonesia.

Sumit Dutta is the Founder and Chief Executive Officer of ASEAN Business Partners. Prior to this, Sumit spent 26 years working for HSBC, one of the biggest banks in the world, in countries including Indonesia, Vietnam, USA, Hongkong and India.

Most recently, Sumit was the Country Manager and Chief Executive Officer for HSBC in Indonesia from 2014-2019. HSBC is one of the biggest and most profitable banks in Indonesia with profits of $220M in 2019, with 5000 employees in over 100 branches in 30 cities.

Prior to Indonesia, Sumit was Chief Executive Officer for HSBC Bank (Vietnam) Ltd, rated the “Best Foreign Bank in Vietnam” by Finance Asia, and also worked as Executive Director of Techcombank, the largest privately owned bank in Vietnam.

Prior to Vietnam, Sumit worked for HSBC in New York, USA in various roles including Global Head of e-Business, Head of Product Management and Head of Sales Management, and before that in Hongkong and India for HSBC and ANZ Bank.

Sumit holds an MBA in Marketing and Finance and is a Bachelor of Civil Engineering. He enjoys playing squash, tennis, badminton and golf, and is a runner, cyclist and motorcyclist.

Having joined Michael Page UK as Consultant in 2001, Olly was promoted to Manager of Sales Marketing in 2003 before being asked to relocate from London to Shanghai in December 2006 to launch and develop a multi-discipline business across Mainland China.

In 2013, following his success and knowledge operating in emerging markets Olly moved onto the South East Asia Board with the remit of launching Michael Page in Indonesia. The Jakarta office opened in 2013 and currently has 60 fee earners working across varied disciplines and a predominantly Indonesia leadership group well established.

In 2018, Olly started the due diligence behind establishing a Joint Venture to enable the opening of a Manila office.  That business officially launched in August 2020 with an initial team of 10 under a Country Head reporting into Olly.

Alongside his overall responsibility for Michael Page in Indonesia and the Philippines, Olly is the Managing Director of Page Executive, the senior level search division of PageGroup.