If you have any questions please contact Samuel Richardson at sam@pcfraz.org.

If you have any questions please contact Samuel Richardson at sam@pcfraz.org. 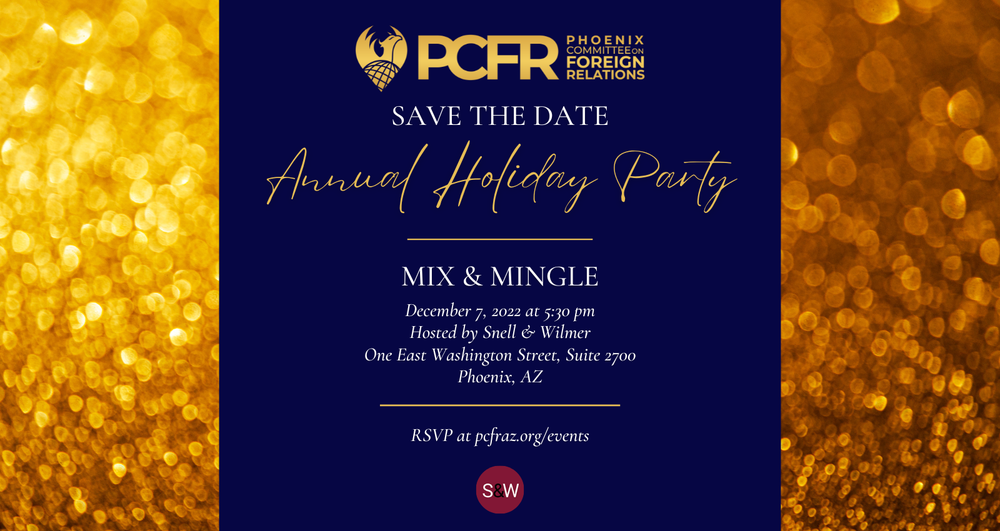 Please join our board of directors and fellow PCFR members for our Second Annual Holiday Party at the Snell & Wilmer offices. You will be treated with an evening downtown watching the gorgeous Arizona sunset, a reception to thank you for your ongoing commitment to PCFR, and a chance to win some prizes. We will also honor the recipient of the 2022 Global Envoy Award.

We hope that you will join us to reflect on the successes of the past year together and to celebrate the coming year with our global community!

Registration is complimentary and guests are welcome.

Purchase raffle tickets when you register for your chance to win great prizes and support the mission of PCFR. You do not have to attend the holiday party to enter the raffle.

The Phoenix Committee on Foreign Relations is proud to announce the second Global Envoy Award to be presented at the Annual Holiday Party. This prestigious honor recognizes an individual member of the organization who is pursuing PCFR's mission in an extraordinary way.

These honorees embody the spirit of the Phoenix Committee on Foreign Relations. They are nominated and selected from the distinguished membership of the organization by the Directors and Executive Committee. Each will have demonstrated the ability to rise above and create meaningful connections across the globe. These honored members are leaders, thinkers and diplomats--but above all, they are intrepid explorers, forging new paths and bridges between cultures, countries and communities.

Our 2022 Global Envoy Award honoree will be announced soon! 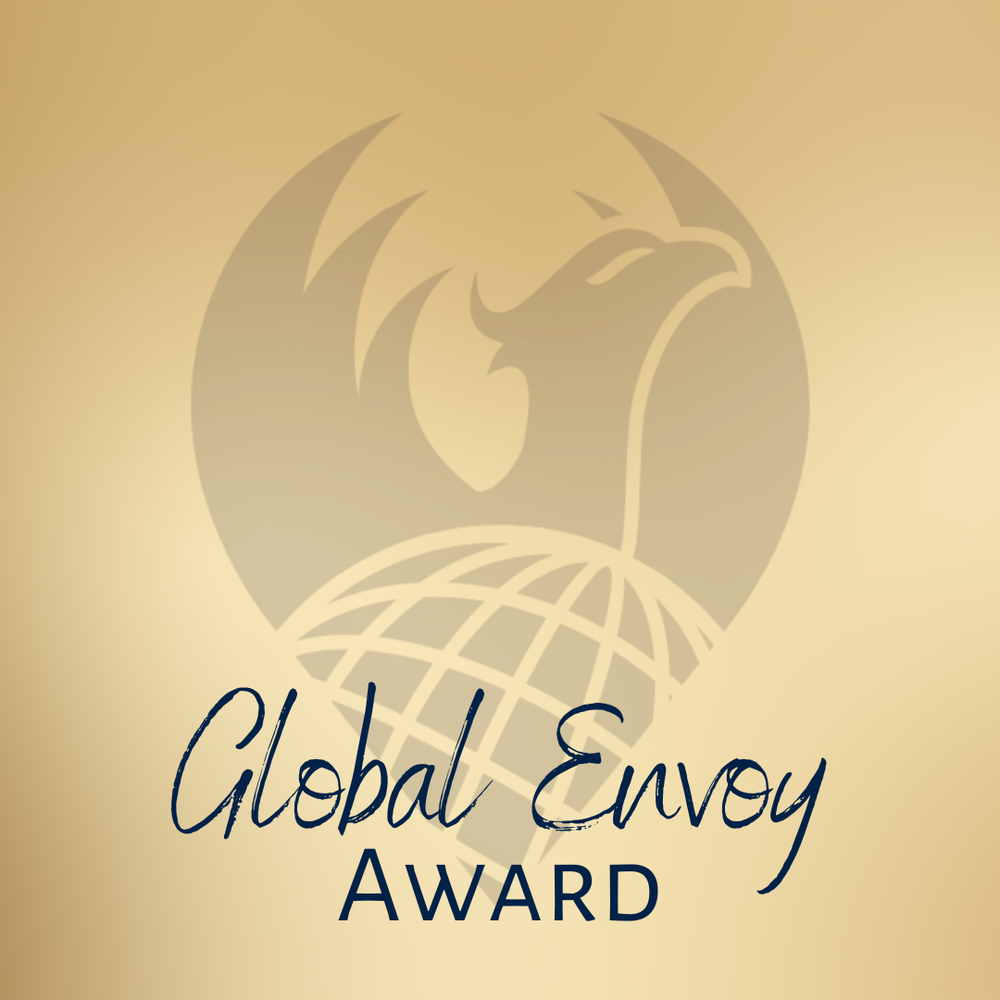