This is a past event. Registration is closed. View other Mission Veterinary Partners events.

Virtual Introduction to MVP-test the link 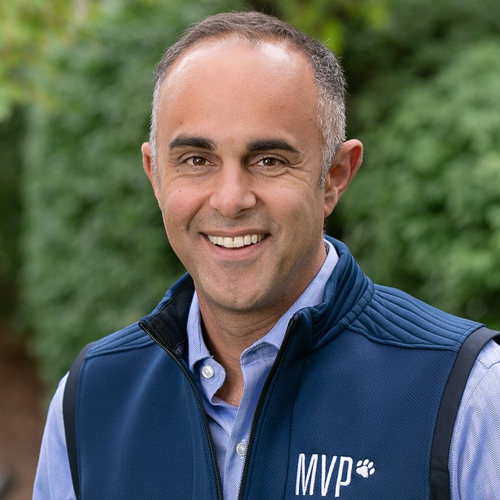 Michael joined Mission Veterinary Partners as the Chief Executive Officer in October 2018 after serving on the Board of Directors of Mission Veterinary Partners since the company’s inception. Michael is a co-founder of MD Holdings, an entrepreneur-owned holding company formed to acquire and grow a limited number of businesses with significant growth potential. From 2015—2017, Mr. Aubrey was Chief Executive Officer of StatLab Medical Products and successfully led the company through its sale to Cressey & Company. Prior to being appointed CEO, Michael served as Co-President of StatLab Medical Products from 2009 to 2015, where he had oversight of the company’s sales, marketing, product development, and technical support capabilities. Under Michael’s leadership, StatLab’s equity value increased 10x, and the company established itself as the premier anatomic pathology supplier in the United States. Prior to acquiring StatLab Medical Products, Michael was CEO of a parking lot facility management company where he grew revenues 7x and team member 5x in less than five years. Michael also sits on the boards of StatLab Medical Products, MedCerts, LLC., Delasco Dermatological Supply Company, Golden Bear Physical Therapy, and Crestlight Capital.
Michael graduated summa cum laude from the University of Notre Dame with a Bachelor of Business Administration.