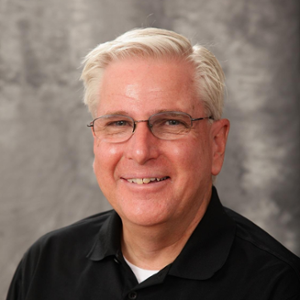 Voice of the Sun Devils

Tim Healey is in his 46th year in broadcasting, and 21st season as the radio play-by-play voice of ASU Football, Men’s Basketball & Baseball. Over the past two decades, he has called close to 1,500 Sun Devil football / men’s basketball /Baseball games on the radio. 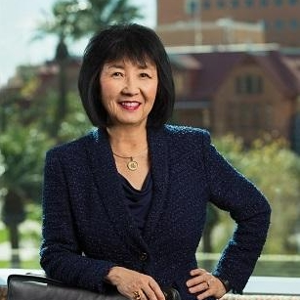 Dr. Wilkinson represents nearly 500,000 alumni throughout the world as the President and CEO of the ASU Alumni Association. She is Senior Vice President and Secretary of ASU and Managing Director of the ASU Trustees.

Last year, Dr. Wilkinson was recently inducted into the Arizona Women’s Hall of Fame and was recognized by the Phoenix Business Journal for the Valley’s Most Admired Leader as she receives the Lifetime Achievement Award. 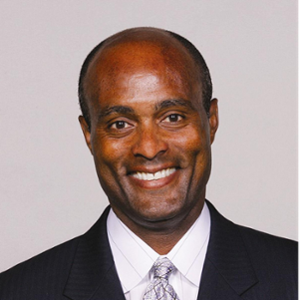 Prior to joining the Sun Devil Family in 2014, Ray served as the Executive Vice President of Football Operations for the (NFL) National Football League.

A Los Angeles native, Anderson earned a BA in political science from Stanford and a juris doctorate degree from Harvard Law School. He was an all-league high school quarterback and shortstop, and a three-year football letterman and two-year baseball letterman at Stanford.

In 2016, he was named by Forbes Magazine as one of the 25 Most Influential Minorities in Sports noting that he had “helped position the Sun Devils as one of the most innovative brands in college sports.” 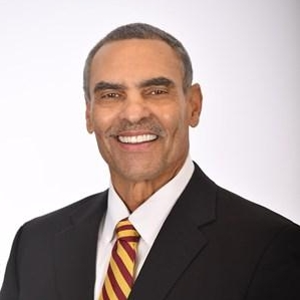 Edwards arrives in Tempe with a football legacy that has impacted thousands, whether as a player, coach, analyst, motivational speaker and author, or community advocate and philanthropist.

At ASU, Edwards will take a proactive approach to developing coordinators and assistant coaches, drawing on his nearly three decades of NFL experience in a variety of capacities and wide range of leadership positions within both the sport of football and in other endeavors. That experience will also be utilized in an effort to develop players to prepare for the next stage of their careers after college.

Edwards co-authored the book You Play to Win the Game – Leadership Lessons for Success On and Off the Field with ESPN’s Shelley Smith, and he was involved in longtime NFL referee Jim Tunney’s book, It’s the Will, Not the Skill – Principles and Philosophies of Success as Seen Through the Eyes, Mind and Heart of Herm Edwards.

Edwards and his wife Lia are the proud parents of three children: Marcus, Gabrielle and Vivian.