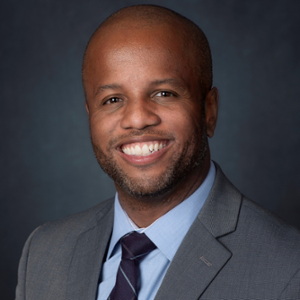 Mayor at City of Tempe
https://www.tempe.gov/city-hall/mayor-and-city-council/mark-mitchell-mayor

Corey Woods was elected mayor of the City of Tempe in March 2020. In his professional career, he is the chief of staff at ASU Preparatory Academy. Woods is responsible for assisting the managing director with operations, external partnerships and strategic initiatives. He previously served as the chief operating officer for the Greater Phoenix Urban League, director of college and career articulation for the Phoenix Union High School District and director of government relations for the American Lung Association of Arizona.

His personal commitment to community service extends to board memberships for many organizations including Newtown Community Development Corporation, Friendship Village, and Landings Credit Union. Woods is also an emeritus board member of Equality Arizona, active member and past president of the Kiwanis Club of Tempe, former board chair for Children’s Action Alliance, and former two-term board president of the Tempe Boys and Girls Club - Ladmo Branch.

Woods served as a Councilmember for the City of Tempe from July 2008 – July 2016. He was elected to the Tempe City Council in May 2008 and reelected in March 2012. Woods was instrumental in guiding city policy that led to Tempe's perfect score in the Human Rights Campaign’s “Municipal Equality Index.” He championed initiatives in the areas of affordable housing and human services while working tirelessly to improve community development standards to attract business investment and protect neighborhoods.

Woods graduated from the University of Michigan in Ann Arbor in April 2000 with a B.A. in
Political Science, and a minor in African-American Studies. After college, Woods was a teaching assistant at ASU for three years. In May 2018, Woods earned a Master of Arts in Educational Policy from ASU’s Mary Lou Fulton College of Education.