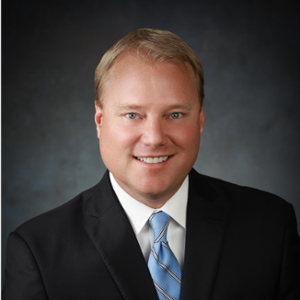 Mayor at City of Tempe
https://www.tempe.gov/city-hall/mayor-and-city-council/mark-mitchell-mayor

Mark Mitchell is a third-generation Arizonan with deep roots in the Tempe community. Before being elected Mayor in May, 2012, Mitchell was elected to the City Council in March of 2000 and served three four-year terms.

Mayor Mitchell is a native of Tempe, attending elementary and middle school in the community before graduating from McClintock High School. He also earned a Political Science degree from Arizona State University. Mayor Mitchell is currently an Account Manager for Clayton Floor Covering and Design, a company that focuses on new construction, tenant improvements and residential projects.

During his time as Mayor, Mitchell has focused on strengthening Tempe’s local economy and the economic recovery by working to attract new businesses and retain current business partners. Since his election in May, 2012, the City of Tempe has added thousands of jobs, and with the addition of such companies like State Farm, Silicon Bank and Union Bank, Tempe is looking forward to welcoming tens of thousands of jobs over the next decade. Mayor Mitchell is also committed to maintaining and improving Tempe’s world-class assets like the Tempe Center for the Arts and Tempe Town Lake, working with law enforcement to ensure that Tempe is made up of safe neighborhoods, and to providing a transparent city government.

As a community member, Mayor Mitchell has served on numerous boards and charitable organizations, including the Kiwanis Club of Tempe, Tempe Diablos, Tempe Leadership Class XV, Tempe Sister Cities, Tempe Impact Education Foundation, Rio Salado Foundation. Mitchell is on the Board of Directors of the Greater Phoenix Economic Council and serves as the City of Tempe’s representative on the Maricopa Association of Government’s Regional Council, Regional Council Executive Committee, and Transportation Policy Committee. Mayor Mitchell also currently serves on the Executive Committee for the League of Arizona Cities and Towns and serves on the Advisory Board with the U.S. Conference of Mayors and holds an Advisory Council position for National League of Cities.