This is a past event. Registration is closed. View other Thai-Swedish Chamber of Commerce events. 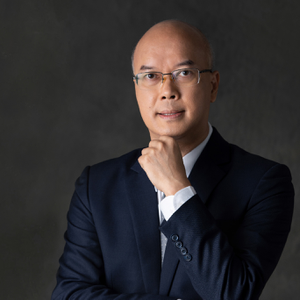 Dr. Passakon Prathombutr graduated from the University of Missouri, Kansas City, with a Ph.D. in Software Architecture and Computer Networking. When he was a student at Chulalongkorn University, he was part of the team that connected the country's first Internet leased line in 1991. He worked as a researcher at the National Electronics and Computer Technology Center, or NECTEC, after graduating. He founded the Thai IPv6 association when he became the head of NECTEC's Next Generation Internet Laboratory, and the Thai ITS association while he was the director of NECTEC's Intelligent Transport System program.

In 2010, he became the director of the Service and Data Innovation program at the National Science and Technology Development Agency, or NSTDA. He was also a founding member of the Thai Intelligent Traffic Information Center Foundation (iTIC) and the CCTV Consortium.

He is currently the senior executive vice president of the Digital Economy Promotion Agency (depa), where he is responsible for large initiatives such as the smart city project and the Thailand Digital Valley project. He is the editor-in-chief of the International Journal of Intelligent Transportation System Research, published by Springer as well.