According to an assessment by the UN Food and Agriculture Organisation (FAO) in 2017, 6.7% of all global greenhouse gases come from food waste. Besides this climate impact, food wastage also presents social and economic challenges from waste management costs and social inequalities. Efforts to reduce climate impacts should also begin from the source itself, where awareness about low carbon food groups, sustainable and responsible food sources, as well as food packaging and supply chains needs to be raised within organisations and communities.

Join our respected guest speakers for a discussion on: 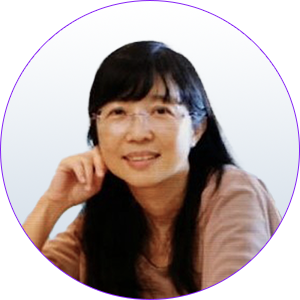 Associate Professor, School of Biosciences, Faculty of Science and Engineering

Dr Chin Chiew Foan is an Associate Professor at the School of Biosciences in the University of Nottingham Malaysia (UNM). She is the co-director of Future Food Beacon Malaysia (FFBM), which is a Research Centre of Excellence at UNM focusing on food related research from farm to the table. FFBM also expands its collaborations with researchers from ASEAN countries and Pacific Islands on food security issues.

Chiew Foan did her undergraduate and Master of Science degree at the University of Canterbury, New Zealand and obtained her PhD from the University of Malaya in Plant Biotechnology. Her research interests involve using advance biotechnological tools to improve food crops including underutilized plants. Chiew Foan is a Fellow of the UK Higher Education Academy and a council member for Asia Oceania Agricultural Proteomics Organization (AOAPO). She is also the Founder and past President for the Malaysian Agricultural Proteomics Society (MAPS). Besides, Chiew Foan has helped setup a community garden at UNM as part of the effort to keep UNM as a sustainable green campus. 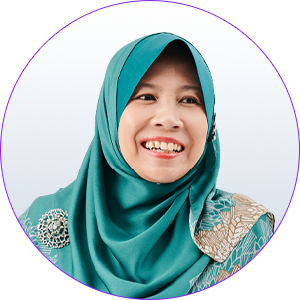 Dr. Yatela Zainal Abidin is the Chief Executive Officer of Yayasan Sime Darby (YSD), or the Sime Darby Foundation, a position which she has held for more than 11 years. YSD is the philanthropic arm of the three Sime Darby companies i.e., Sime Darby Berhad, Sime Darby Plantation Berhad and Sime Darby Property Berhad. YSD focuses on the five pillars of Education, Community & Health, Environment, Sports and Arts & Culture. The strategies of these five pillars are aligned to all 17 Sustainable Development Goals (SDGs) of the United Nations; so that the impact would be towards achieving a balance in the social, economic, and environmental dimensions of sustainability.

Yatela holds a Bachelor of Science degree in Accounting and Finance which she obtained from the University of Wales, Aberystwyth in the United Kingdom. She completed her Association of Chartered Certified Accountants (ACCA) professional degree at the Emile Woolf College of Accountancy, London; and went on to attain her ACCA fellowship. Due to her interest in education for the underprivileged, Yatela had completed her doctoral degree at Universiti Utara Malaysia, with her thesis entitled "Using Life Stories to Understand the Development of Resilience in the Underprivileged."

Shafinaz Shahabudin is the Manager of PR and CSR of The Food Purveyor (TFP), a leading premium supermarket operator in Malaysia. She is involved in TFP's ESG initiatives and has ten years of experience in the sustainable field, communication and media, public outreach and multi-stakeholder engagement, involving government, private sector, and civil society. 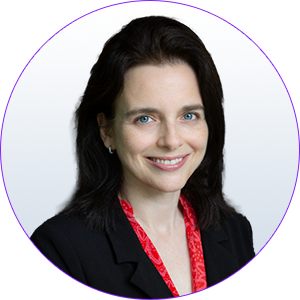 Immediately after studying BSc (hons) in Biochemistry & Molecular Biology at Leeds University, Suzanne moved to Africa. Whilst waitressing at a waterfront restaurant, she established a food distribution initiative with a soup kitchen in Cape Town.

She returned to London and edited a science journal in the Dept of Medicine at University College London (UCL). During this time, she also studied journalism at Birkbeck University (University of London). Suzanne then began working for the BBC as a programme producer for many years. Primarily for the flagship news 'BBC Today Programme', but ultimately as a senior producer setting up the high-profile interviews for various BBC news programmes on both domestic and international platforms. She was sent to cover many international events; UN General Assemblies DAVOS, NAM summits, CHOGM, International elections e.g., Iran. In addition, she used to run and lecture part-time journalism courses in the evenings at the London College of Communications. After getting married and having three children, Suzanne moved to Geneva where her husband was working. During this time, she worked as a consultant for the United Nations.

Her husband's job then took them to Kuala Lumpur. Suzanne decided to volunteer with the UNHCR and saw there was a real need for food in some communities. At the same time knew that a lot of perfectly good food was being disposed every day. It was then she founded the NGO, 'The Lost Food Project' along with some like-minded parents from Alice Smith School. When she is not harassing supermarkets and manufacturers for their 'lost' food, her passion is to travel as much as she can, watch her beloved Arsenal, and try to finish her books for book club.