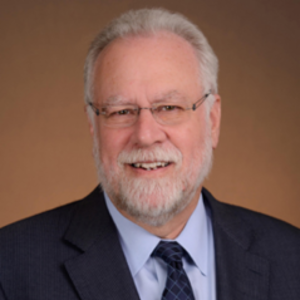 Mark Searle is executive vice president and university provost at Arizona State University. He holds the rank of professor in the School of Community Resources and Development in the College of Public Service and Community Solutions. Professor Searle coordinates the university’s international efforts, governing board relations, strategic goal setting, and other initiatives across the university. Prior to this current administrative appointment, Professor Searle served as interim provost, deputy provost and chief of staff, vice president for academic personnel, vice provost for academic affairs, founding dean of the College of Human Services, and as vice president and provost of ASU’s West campus. Professor Searle joined ASU after an extensive career in Canada where he was the founding director of the multidisciplinary Health, Leisure, and Human Performance Research Institute and head of an academic program in Recreation Studies at the University of Manitoba. Prior to his university appointment, Professor Searle served in various management positions within municipal and provincial government. The Provincial Government of Manitoba, the National Therapeutic Recreation Society and the University of Manitoba have honored Professor Searle for his achievements. He has been elected as a fellow of the Academy of Leisure Sciences and the Academy for Park and Recreation Administration. Professor Searle is widely published on the relationship between leisure behaviour and the psychological well being of older adults. 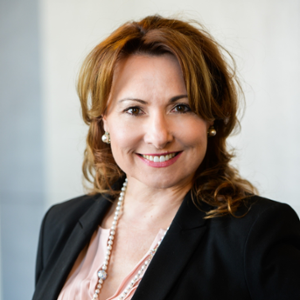 Darcy Renfro is the Chief of Staff of the Maricopa County Community
College District (MCCCD), where she plays a pivotal role as the
strategic advisor to the chancellor and is responsible for
communications, government affairs & community engagement.
MCCCD is one of the largest community college systems in the nation
serving 200,000 students and nearly 10,000 faculty and staff members
across 10 colleges in the metropolitan Phoenix area. In addition, Ms.
Renfro is helping to lead the Maricopa Transformation to
fundamentally transform the student experience to meet the education
and employment needs of the community.
Prior to her current role, Ms. Renfro served as the Senior Director of
The Arizona We Want Institute at the Center for the Future of Arizona
where she was responsible for strategic direction and management of the Institute, and its statewide
effort to reconnect citizens with leaders in all sectors who actively support clear, positive steps to
move Arizona forward. She previously worked as the founding director of the Arizona STEM Network
at Science Foundation Arizona and as the policy advisor to Governor Janet Napolitano for economic
development and higher education.
Ms. Renfro is a licensed attorney in Arizona and has practiced at the Phoenix offices of Fennemore
Craig, P.C. Prior to law school, she worked on Capitol Hill for U.S. Senators Dennis DeConcini (AZ)
and the Senate Judiciary Committee.
Ms. Renfro is a native of Tucson and received both her undergraduate and Juris Doctor Degrees
from the University of Arizona. 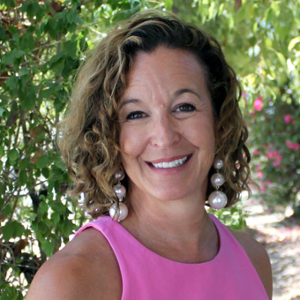 Deborah Gonzalez began her education career as a teacher in Tacoma, Washington. She taught for twelve years before moving into administration, working for the state of Washington where she helped schools improve student achievement and eventually became the Assistant Superintendent for a regional service district overseeing all PreK-12 services for the Puget Sound region. She was recognized in 2005 by her peers as an Outstanding Leader in Student Achievement for her work. In 2005, Dr. Gonzalez earned her doctorate from the University of Washington, working with leadership and policy studies. Shortly after, she relocated to Phoenix, Arizona where she worked as an Assistant Superintendent of Phoenix Union High School District, before she joined the team starting the ASU Preparatory Academy schools as the Chief Academic and Innovations Officer. Dr. Gonzalez joined Tempe Union in spring of 2018 as the Executive Director of Leader Development. Dr. Gonzalez continues to teach doctoral courses at ASU and has written several articles focusing on teacher leadership and research.

Dr. Gonzalez loves being outdoors and is a certified desert landscape architect and avid hiker. She looks forward to spending her free time hiking with her husband and her two dogs Dala and Lozen. 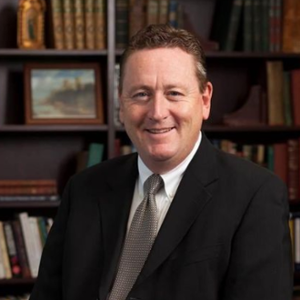 Regent at Arizona Board of Regents

Regent Jay Heiler was appointed by Gov. Jan Brewer to an eight-year term on the board, which began in February 2012. He currently serves as chair of the Audit Committee and is a member of the Finance, Capital and Resources Committee and the Academic Affairs and Educational Attainment Committee. Regent Heiler also represents ABOR on the WestEd Board. A lawyer, journalist and political analyst, Regent Heiler is a political and media consultant serving the leadership of a wide variety of private and public sector clients in public affairs, issue management, and crisis communications. He is the former chief of staff to Gov. Fife Symington and directed both policy and communications for the Symington Administration for five-and-a-half years. He also served as an assistant attorney general in the organized crime and racketeering division of the Arizona Attorney General’s Office from 1986 to 1989, before moving to Richmond, Virginia to work as assistant editor of the editorial pages of the Richmond Times-Dispatch, where he wrote hundreds of commentaries on a wide variety of subjects, including the economy and finance, environmental policy, criminal justice, law, jurisprudence and politics. He is admitted to the bars of both Arizona and Virginia.

Regent Heiler graduated with honors in journalism from Arizona State University in 1983, where he was a Pulliam Scholar and served as editor-in-chief of the 45,000-reader campus daily, The State Press. He took his law degree at ASU as well, where he was named the Truman Young Fellow and began a prosecutorial career while still in law school, preparing and trying cases at the city, county, state and federal levels. He has served on the boards of both the Goldwater Institute and the Morrison Institute, Arizona’s two leading public policy think tanks, and hosted his own public affairs television program, Straight Answers. A dedicated advocate for education quality and reform, he is founder and President of the Board for Phoenix-based charter school management organization Great Hearts Academies. He is also president of the board for the Arizona Charter Schools Association. His past community service includes a number of charitable boards and board presidency of Esperanza, a third-world medical care and public health organization headquartered in Phoenix. He has coached AAU, high school and youth basketball for 20 years.

He and his wife Carol, an Arizona native and also a graduate of ASU, have four sons and one daughter and reside in Paradise Valley.