This is a past event. Registration is closed. View other Metropolitan Section of New York and New Jersey of The Institute of Transportation Engineers, Inc events. 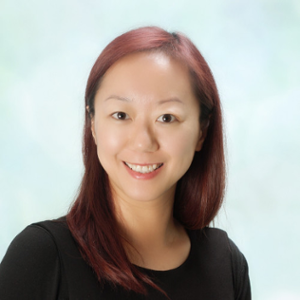 MODERATOR
Lu Ding, P.E., PTOE is a Project Engineer at the New Jersey Turnpike Authority. She has 15 years of diverse experience in traffic and transportation engineering, intelligent transportation systems (ITS), and land development. She received a Bachelor’s degree in civil engineering from Tsinghua University, Beijing, China and a Master’s degree in transportation engineering from Rutgers University, New Jersey. Prior to her transition into the public sector, Lu had 10 years of experience working in private consulting firms. Lu is an active member of several professional organizations. In 2021, she serves as the Past President of the ITE Met Section. 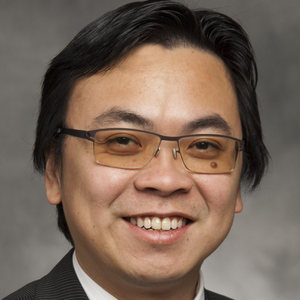 Joseph Chow is an Institute Associate Professor at NYU Tandon School of Engineering’s Civil and Urban Engineering Department with affiliations at CUSP and Rudin Center for Transportation Policy & Management. Chow is an NSF CAREER award recipient, a former Canada Research Chair, and the co-founding Deputy Director of the C2SMART transportation center at NYU. He is a subcommittee Chair at TRB and has published about 70 journal articles with funding from National Science Foundation, U.S. DOT, Federal Transit Administration, and NYSDOT, among others. Dr. Chow received his PhD ('10) at UC Irvine and his MEng (’01) and BS (’00) at Cornell University. He received his P.E. in NY after working at Eng-Wong, Taub & Associates (now VHB) and served as a co-chair of the ITE Met Section’s Student Outreach committee. 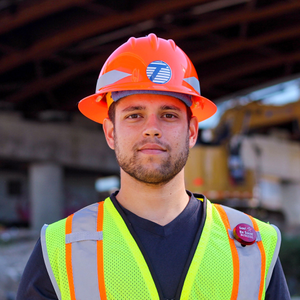 Doug Das is the Assistant to the Regional Director at the New York State Department of Transportation, Region 10 Long Island. Doug also serves as the Deputy Regional Emergency Manager. He has been with NYSDOT for 3 ½ years, after moving on from L.K. McLean Associates where he was a Traffic Engineer and Construction Inspectors for 4 years. Aside from his daily tasks with the capital and operations program, one of Doug’s unique tasks included building and maintaining many of the states drive thru COVID 19 testing and mass vaccination sites.

Doug served as President of the American Society of Civil Engineers Long Island Branch from 2020-2021, and is now a Director with ASCE’s Metropolitan Section. He has been on the ITE Young Members Committee for the last several years. A Queens native, he is an avid biker and is always looking for good eats around the city. 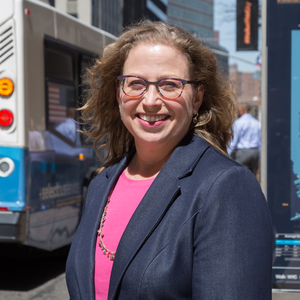 Janet Jenkins, AICP is the Assistant Commissioner for Transit Development at New York City’s Department of Transportation. Janet has spent 25 years working at the intersection of transportation, urban design, and city planning for public agencies as well as in private consulting practice. Throughout her career she has endeavored to improve quality of life by helping people travel through their environment with greater comfort, increased safely, and multiple alternatives to private cars.
In her current role, Janet leads all New York City transit-related street design through the implementation of bus priority projects like bus lanes and busways. These include the 14th Street Busway, Select Bus Service, and the Better Buses Action Plan, which seeks to improve bus speeds by 25% and reverse the decline of bus ridership in NYC. In addition, she oversees many transit policy and planning initiatives, including transit signal priority, real time bus information, and bus stop accessibility.
Janet previously served in roles at MTA New York City Transit, MTA Metro-North Railroad, and, as a consultant, helped create the Select Bus Service BRT system in NYC that she now leads at NYC DOT. Janet is a member of the American Institute of Certified Planners and has a Master’s degree in Urban Planning from NYU’s Wagner School of Public Service and a Bachelor’s degree in Public Policy from Occidental College. 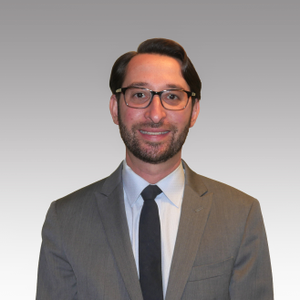 Brad Miller is a Professional Engineer licensed in New Jersey, New York, and Connecticut, a New Jersey licensed Professional Planner, a certified Professional Traffic Operations Engineer, and a LEED Accredited Professional. He has over 16 years of transportation planning, engineering, and system management experience integrating advanced electronics and communications technologies into transportation infrastructure to enhance transportation safety and mobility in both the public and private sectors. Brad is currently a Senior Associate and Department Manager for Michael Baker International’s New Jersey Operation Intelligent Transportation Systems (ITS), Traffic, and Electrical Engineering Department. In his role as Department Manager he oversees a staff of nearly 30 professionals delivering infrastructure solutions to clients throughout the Northeast region and supporting nationwide pursuits. Brad is involved in numerous professional organizations including the ITE Met Section and ITS-NJ and is the President of his class for the Stevens Institute of Technology Alumni Association. He has previously served leadership positions for many organizations including as board of member of the U.S. Green Building Council’s NJ Chapter, a board of member of the Fund for a Better Waterfront, and Vice Chairman of the Committee for a Green Hoboken.

Metropolitan Section of New York and New Jersey of The Institute of Transportation Engineers, Inc might have other events you're interested in.