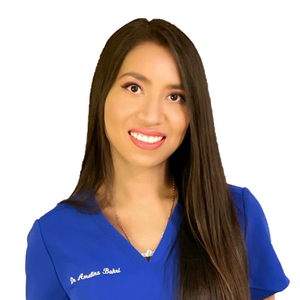 Dr Amalina Bakri is a General Surgeon Registrar and a Clinical Research Fellow at the Institute of Global Health Innovation, Department of Surgery and Cancer, Imperial College London.

Dr Amalina graduated as a medical doctor (MBChB) from Edinburgh Medical School, the University of Edinburgh in 2013 where she also completed BMedSc in Pharmacology with ERASMUS exchange at Leiden University, The Netherlands. She did a sub-internship in Harvard Medical School, USA followed by a housemanship (FY1-FY2) in Cambridge. She also completed her Master's in Translational Medicine and Therapeutics from University of Cambridge during her housemanship years.

She moved to London to do her surgical training in North West and North Central/East London Deanery. She won a Clinical Research Fellowship as one of Darzi Fellows at Imperial College London and is currently doing a PhD in surgical innovation and breast cancer using wearable activity monitors in order to improve patient outcomes, where her PhD project is funded by NIHR. Additionally, she is an academic supervisor for BSc and MEng students at Imperial College London. Whilst doing her PhD, she works in a London hospital. 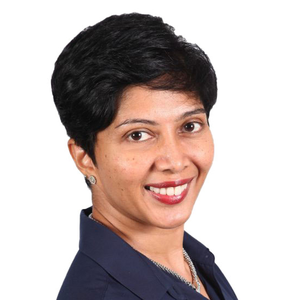 Sumitra is Vice-President and Head of Digital Skills and Jobs at Malaysia Digital Economy Corporation (MDEC). Her mandate is to lead MDEC’s digital talent development and inclusion strategies in ways that empower Malaysians to take advantage of digital technologies for career and income opportunities. To-date her work has impacted more than two million Malaysians. In her prior role at MDEC, Sumitra also initiated and led a national initiative to empower small and youth businesses with digital marketing skills, benefitting more than 300,000 micro businesses in Malaysia.

Her past roles include holding leadership and advisory position in corporate responsibility and sustainability portfolios at DiGi Telecommunications and Telenor ASA (Norway). Sumitra holds a PhD in Business & Economics from Monash University Malaysia, a Graduate Diploma in Accounting and Finance from the Association of Chartered Certified Accountants (ACCA), an Executive Management Certificate in International Marketing from INSEAD University, as well as a Bachelor of Economics with Honours from University Malaya. Her most important role is being a mother to two digital natives. 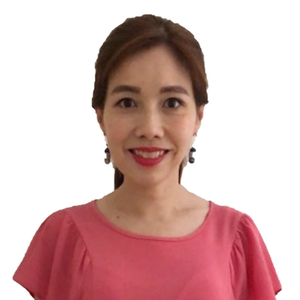 Since 2012, Patrina Tang had taken the plunge from being a pharmacist by qualification working as a Product Manager (Marketing) in Pharmaceuticals to being an entrepreneur in the challenging world of F&B. Together with her husband Edward, she started a bakery café concept in 2012 with the birth of their 1st child and they named the business after him. This is how Tedboy Bakery was started. Currently Patrina Tang is heavily involved in day-to-day operations of their Central Kitchen, Outlets and Procurement meanwhile Edward is more involved in Finance and Strategic Planning. 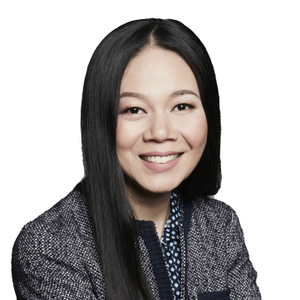 Low Ngai Yuen is an acclaimed film producer, director and TV veteran – she was the one of the hosts of 3R, an award-winning TV program that empowers women which ran from 2000 to 2012 on TV3 and ASTRO Ria in Malaysia as well as in Singapore and Philippines. In between she also created, produced and directed numerous highly rated works from ASTRO’s Geng Bas Sekolah, Kapten Boleh and many more. Yuen’s most recent work is the acclaimed social film on humanity called Orang Itu that scored a 10/10 from film critic, Tan Sri Johan Jaafar in The Star and was named the top 5 must watch Malaysian film in 2019 starring Datin Sofia Jane, Carmen Soo, KK Wong, Namron and Tony Eusoff.

Today, a multiple award winning workaholic herself, she drives 3 NGOs: founding WOMENgirls, an NGO dedicated to remind women as role models to younger girls to achieve their potentials; as the CEO for Global Entrepreneurship Movement Association, a registered NGO that enables global market access for technology with an online magazine featuring entrepreneurs as role models as well as efm.live, a resource platform for all things entrepreneurship with live streaming and podcasts; as well as being President of the 20 year old Kakiseni that champions the arts and its advocacy. Additionally, she just launched the third children’s book on Bangsawan with MPH as well as sitting as an Independent Non-Executive Director on the board of GDEX Berhad. 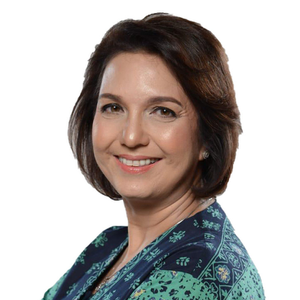 A career banker, Darina has almost 30 years of experience in various areas of banking encompassing risk management, corporate finance and banking, SME lending and strategy. She currently leads a team of over 20 risk specialists from credit risk to reputational risk to operational risk.

Prior to this role, Darina was the Country Chief Risk Officer and Senior Credit Officer in Standard Chartered Indonesia.

Darina graduated with a BA (Hons) in Philosophy, Politics & Economics (PPE) from Oxford University. She is also a CFA charter holder.